Welcome to our comprehensive knowledge base. You will be able to find the answers to your questions in the sections below. Type your question in the live search box below for a quick response. 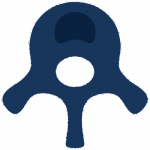 (5) Select a minimum value for reporting cranial migration (in millimeters)

(6) Select a minimum value for reporting caudal migration (in millimeters)

(7) Select a probability percentage of having a herniation above which it should be reported as present. *